I had this idea to do a "Canning Saturdays" feature on my blog for July and August, but shit - sometimes it's just too hot! Plus, between a back-to-back weekend birthdays (Eric's, then mine), an earthquake, and a hurricane, my schedule has been way off this month. But I guess this happens every August. It's such a fun month in NYC, weather- and activity-wise. People are really cramming in the summertime as much as they can before the cooler weather arrives (which I'm afraid might already be showing it's ugly face). I know we'll get several more hot days, but just seeing this is already enough to make it look like we're sliding away from summer...

I did manage to make it to the market one Saturday recently and loaded up on some tomatoes to can. 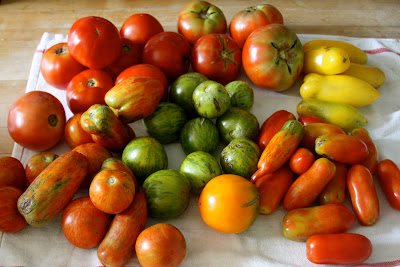 I bought $50 worth of tomatoes! Dumb. But aren't they nice? I got five heirloom varieties and some beefsteaks. 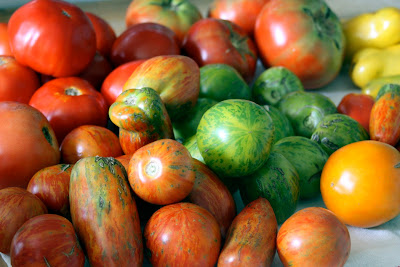 I canned these up with a little basil from my garden and some salt. 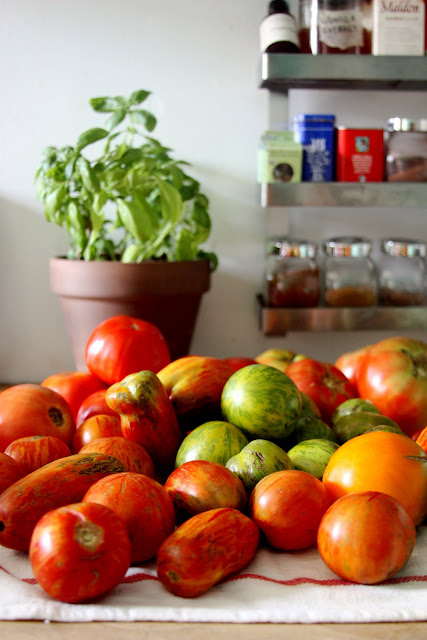 I feel good about having done this sweaty work. I have 8 jars of colorful summer dinner for the coldest, darkest days of January and February, which really does make the work worth it for me. As it's already feeling a bit cooler out, I'm hoping to get several more jars of late summer produce canned/pickled/preserved.

I'm also really close to perfecting a new candy bar concoction, based on Hershey's Whatchamacallit, a favorite of mine to this day. Mine is way better, though. I'm just saying! Photos coming soon.