Been a while since I've posted. I've been busy and a little stressed. I'm still 100% completely stumped about what to rename my business. I'm trying to stay away from anything directly related to sugar or candy. I look for ideas everywhere I go - other business names, words on 18-wheeler trucks, garbage in the street, tv, t-shirts - everywhere. I'm a notoriously bad decision maker, though, and this is a big one. A good friend advised me that whatever I choose now, I'll probably hate it in a year anyway, so don't stress about it. It sounds cynical, but it kind of helped.

Anyway, a few weeks back Eric and I went on a little roadtrip to Massachusetts, Vermont, and Sharon Springs, NY. Perhaps you've heard of Sharon Springs - it's the charming little village where the The Fabulous Beekman Boys have a mansion, a goat farm, a beautiful little store, and a reality show on Planet Green. Their story is genuinely interesting (especially for any New Yorker who's dreamed of a owning a place upstate), but their lives are real. They really work on a goat farm (no easy task), maintain a centuries-old mansion, and run a growing and thriving business built around the milk produced by their goats.

My friend Richmond gave me Josh Kilmer-Purcell's book, The Bucolic Plague, which is a funny and touching summer read. Josh is an ex-drag queen; Brent was Martha Stewart's on-air doctor. The book is great, and I recommend it.

I bought a couple of tickets to tour the Beekman farm several months ago, not knowing what to expect. Eric and I were greeted at the house by Josh, who also conducted the tour of his farm. The house and farm are really gorgeous. 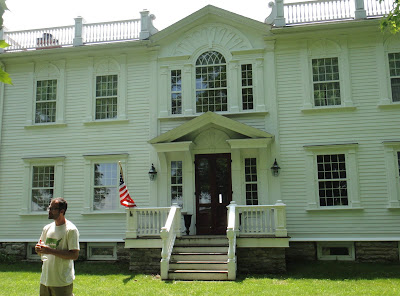 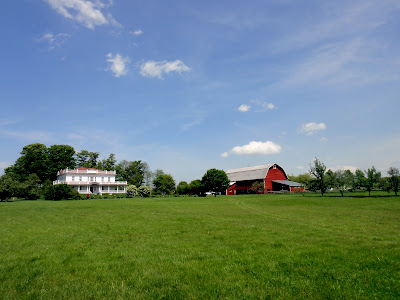 Here's me and Josh in their vegetable garden:

This is Farmer John, who takes care of all the goats (almost 100 of them!). He knows their names and has a favorite. When he called her name, she raised her lips and showed her teeth, like a smile. I'm not even kidding. I was laughing so hard. 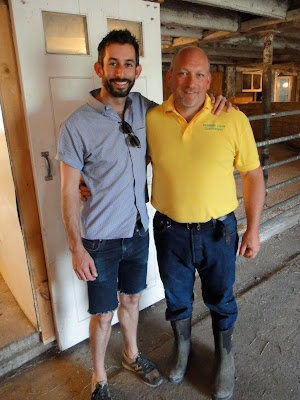 And some goats! Hey kids! 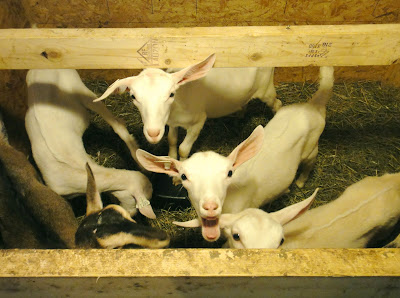 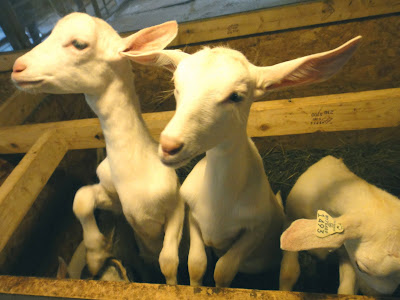 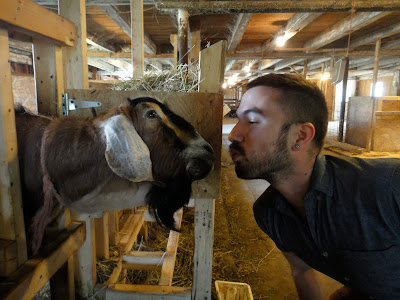 This the farm llama, Polka Spot. He has his own Twitter page. I was not convinced he was not going to spit at me. 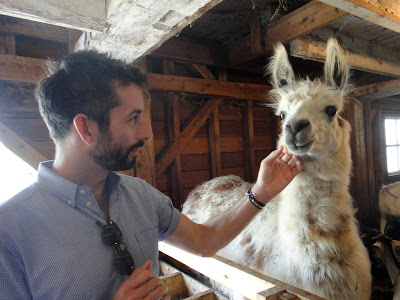 Also, they have some Americauna chicks - the ones that lay the blue and green eggs I was freaking out over recently. 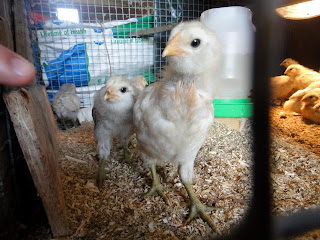 Back in the town of Sharon Springs, we ate lunch at The American Hotel, owned by Doug and Garth (it's a REALLY gay little place). They both chatted with Eric and I about random niceties, like caramel and cake, farming, owning a hotel, and booze. Pretty cool doods. In fact, Eric and I were coincidentally in Provincetown last week at the same time as Garth - we all met up for cocktails! 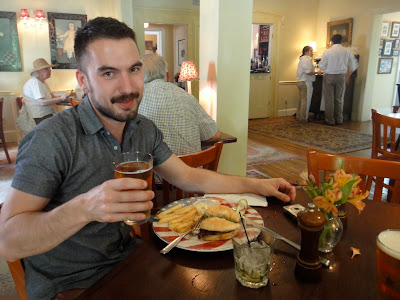 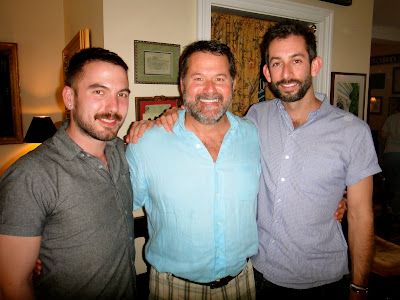 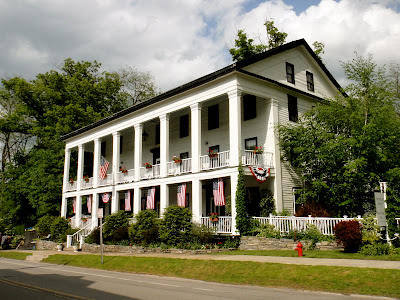 Our last stop on the trip was the Beekman 1802 Mercantile. Brent was working at the store and I wanted to meet him and pick up some habanero cajeta. As expected, everyone in the store was super-friendly and the store was handsome and immaculately clean. Eric and I talked to Brent about my caramel, and I mentioned wanting to get some of their extra goat milk to experiment with goat milk caramels. He was totally amenable to the idea and emailed me later that day to let me know he was serious. Exciting! 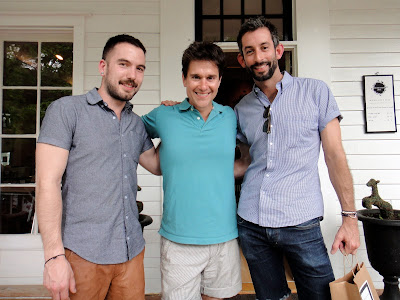 Also, OMG habanero caramel. I'm doing it. It was surprisingly amazing. A good, slow burn from the back to the front.

The visit to Sharon Springs was a great end to a great trip for me and and Eric. We also managed to visit a few state parks, spend a night at the very cool Porches Inn in MA, drive around the Green Mountains in Vermont (always a dream of Eric's), and take a canoe trip from Vermont into New York State on the Battenkill River (one of my favorite parts of the trip).

Meeting the Beekman guys was a real treat and a nerdy thrill for me, and I was so happy they were genuinely nice people. You know how sometimes reality TV personalities are edited into a "character" to create a story or advance a plot? Well, these guys are all just who they are. And major kudos to Planet Green for showing a gay couple on a show and not making a big deal about it. That they are a gay couple barely plays into the show at all. I hope Planet Green decides to do a third season of the show.

Hey, on a non-related note, I need a business name. Help!!

Ok, thanks for sticking with me through this long post. Talk to you soon!
at 10:59 AM

Look for names or GODS of other cultures,for example:MORPHEUS(the GOD of dreams)... Not your cup of tea? Then maybe the year you establish your business,for example:Anno2011....stil not crazy? Then open the dictionary and look for those intriguing words that express or represent your philosophy and lifestyle...

And looks like you guys had a great vacation!