While I haven't gotten around to remaking those pumpkin spice caramels, I have been really busy with the regular old salted ones. I'm getting several orders starting to roll in for the Christmas season, which is truly thrilling. I don't advertise (unless this blog counts, which maybe it does), so this is mostly through word-of-mouth. I got one email from a woman who got a caramel from a friend who got a few from a friend who stayed at the Ace Hotel here in NYC. It was fun to hear her figure out how she acquired it.

I'm still baking quite a bit these days, too - just not as much as I was over the summer. I made some mini pumpkin spice cupcakes with salted rum/cinnamon buttercream frosting for Nik's birthday: 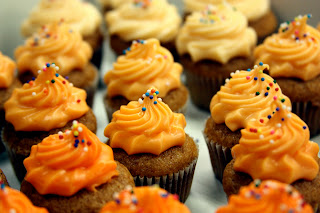 Totally out of the blue, I got an email from a really cool dude named Justin who wanted a big cake for his man's birthday, which was the Saturday after Thanksgiving. I knew about that one for a month, but still waited until the week the cake was due to start it. Of course, I also wanted to make a bunch of stuff for Thanksgiving, too, so I was in my kitchen all week working. I always forget how much I love to cook - I especially relish the sound my knife makes as it slices through vegetables. One of my favorite things in life is cooking a huge amount of food for my friends. But I digress.

So Justin's cake. It was a chocolate cake with salted caramel filling and salted caramel buttercream - the same as I made for Chris and Rocky's wedding in Provincetown earlier this year. To be honest, I wasn't too thrilled with how I decorated this one. I was a little embarrassed to present such a drab cake, even though truthfully, "drab" is exactly what I was going for. When I was done with it, though,  I looked at it and thought, "Wow, what a depressing-looking cake. Crappy birthday! Woh waahhh..." I really thought the dull colors would come off as "masculine" and "understated," but I realized after the fact that it was just inappropriate for a celebration cake. I hoped they had good candles...

Justin just sent me these: 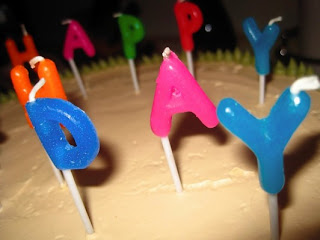 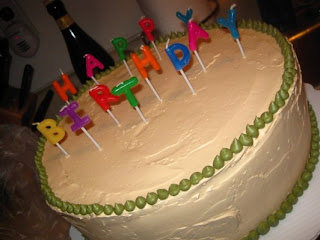 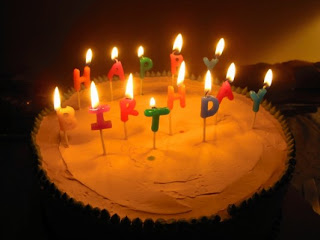 Justin said the cake was a showstopper, and that everyone really loved it.

It's funny. Even though I've made so many of these cakes now, I still get SO nervous to drop off a cake to a stranger. I wonder if it's going to fall apart or melt or taste bad or any other things that could go wrong (in my mind, there are a lot). Justin assured me that the cake was amazing in every way. Hearing good feedback like that really helps to build my confidence. Thanks Justin!

These next few weeks are all about the caramels. I'm selling boxes of 20 for $20. I'm hand-delivering in NYC when I can, otherwise I'm shipping them for a few extra bucks. I'm also making several foodthings for gifts this year - no one wants another knicknack that's going to collect dust on a shelf. Or, I don't want to give dumb gifts like that anymore.

So that's that for now. It's snowing in NYC right now, and I'm all in the Christmas spirit.  And I've had a LOT of coffee!

Oh and purdy soon, this blog will be changing URL to make way for my new website. There will be a link on the site to this blog, though. Just a heads up!
at 12:38 PM

Those muffins look amazing! I heart pumpkin anything....

I'm an eater in Harlem. I'm interested in trying your caramels. I found out about them after seeing Andrew Zimmern's recent tweet. What time are you coming into the city next?

Hey, thanks Bing! I'll be making a ton of these next week and will be delivering throughout the week. Maybe Wednesday or Thursday? What is best for you?

My roommate and I are visiting NY, tomorrow through Monday. We have a couple of dinner reservations and a long list of to-visits, but is there anything on your must-eat/drink short list? I'd love to hear from a fellow confectionist.

And that cake sounds delicious!

V., I'd definitely suggest a trip to Red Hook to visit Baked. In my humble opinion, it's the best bakery in NYC - fresh ideas, handsome presentation, lovely space, good coffee. While you're out there, you might as well visit Steve's Authentic Key Lime Pie on the pier. If you want to make a day of it, get dinner reservations at the Good Fork - amazing. Also check out Mast Brothers (and tons of other places) chocolate in Williamsburg. If you eat meat, go to Fette Sau. In Manhattan, Hill Country Chicken just opened and is pretty fantastic. Good luck. Bring a heavy coat!